​
* No watering between –
* Automated irrigation prohibited on the days Sunday, Monday & Thursday

Frisco Hills residents will follow Little Elm Water Restrictions. Residents may water up to two per week, only if watering is needed.

1. First Violation – Frisco West WCIDDC shall send/deliver a written warning notice for the first violation of a rationing provision. This notice will also include information on the current watering restrictions, assigned by residential house number, stating allowed dates and times for irrigation/watering, along with information for subsequent violations of the Water Conservation and Drought Contingency Plan.

2. Second Violation – Frisco West WCIDDC shall send/deliver a written notice for the second violation of a rationing provision. This notice includes information on current watering restrictions, as well as serving as an official notification that a fine of $75.00 has been applied to the resident’s water utility account.

3. Subsequent Violations – Frisco West WCIDDC may terminate total water services up to seven days for subsequent violations. A $35.00 disconnect fee will be charged. A charge of $45.00 shall be imposed for the restoration of service.

What is a drought?

At its most basic, drought is a lack of precipitation over an extended period of time. However, according to the National Drought Mitigation Center, what constitutes drought varies from region to region, depending on the local climate. Some areas naturally receive more rainfall than others, and other climatic factors such as temperature, humidity and wind speed play a role as well. Prolonged droughts are characterized by large-scale anomalies in atmospheric circulation patterns that persist for months, seasons or even longer. Meteorologists generally compare current rainfall patterns to historic averages to determine when a region is experiencing a drought and how severe it is.

Drought is also based on need. Drought occurs when water supply does not meet water demands by people, animals plant life. In addition, different groups of people view drought differently. Growers, for example, generally consider drought in terms of crop impacts, as soil moisture may indeed diminish quickly during periods of low rainfall.

The source of water used may also determine the severity of drought. For example, groundwater supplies may not be impacted as quickly as surface water supplies are in a drought. On the other hand, groundwater may take longer to recover from a severe drought.

Drought is also sometimes man-made. For centuries, we have altered our surroundings to protect ourselves from danger—storms, cold and even drought. By building dams and reservoirs, we can control flooding and provide a more reliable source of water for surrounding communities. However, sometimes increased use upstream can cause a deficit in supply for downstream stream neighbors.

What are the ways to measure and monitor drought?

According to the National Drought Mitigation Center, it can be hard to measure drought since it’s difficult to determine when it begins and ends.

The Palmer Drought Severity Index is one example of a widely used index that indicates prolonged and abnormal moisture deficiency or excess. The index is based on an equation that uses precipitation, temperature and soil moisture to calculate drought severity. The result is a number that indicates drought classifications.

Another drought measurement tool is The Standard Participation Index which “shows the actual precipitation compared to the probability of precipitation for various time frames.” A drought monitoring tool can be found in the Crop Moisture Index, which is used to monitor moisture in crop-producing regions.

The National Drought Mitigation Center has a drought monitor that is updated on a regular basis. Check that out to see where conditions stand in your region in the United States.

What are the stages of drought management?

What is a Water Conservation and Drought Contingency Plan?

A line of defense during drought is for utilities to enforce and promote water restrictions. This is done through water rates, municipal ordinances, federal laws and regulations and financial incentives. For example some municipalities:

In contrast to drought management plans, some cities embrace drought preparedness by putting programs and projects in place now to minimize or avoid drought impacts.

For district emails and emergency text alerts sign up here. 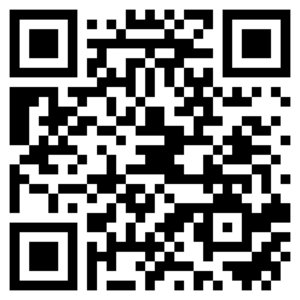 This message is only visible to admins.
Problem displaying Facebook posts.
Error: Unsupported get request. Object with ID '217815215431582' does not exist, cannot be loaded due to missing permissions, or does not support this operation. Please read the Graph API documentation at https://developers.facebook.com/docs/graph-api
Type: GraphMethodException
Subcode: 33